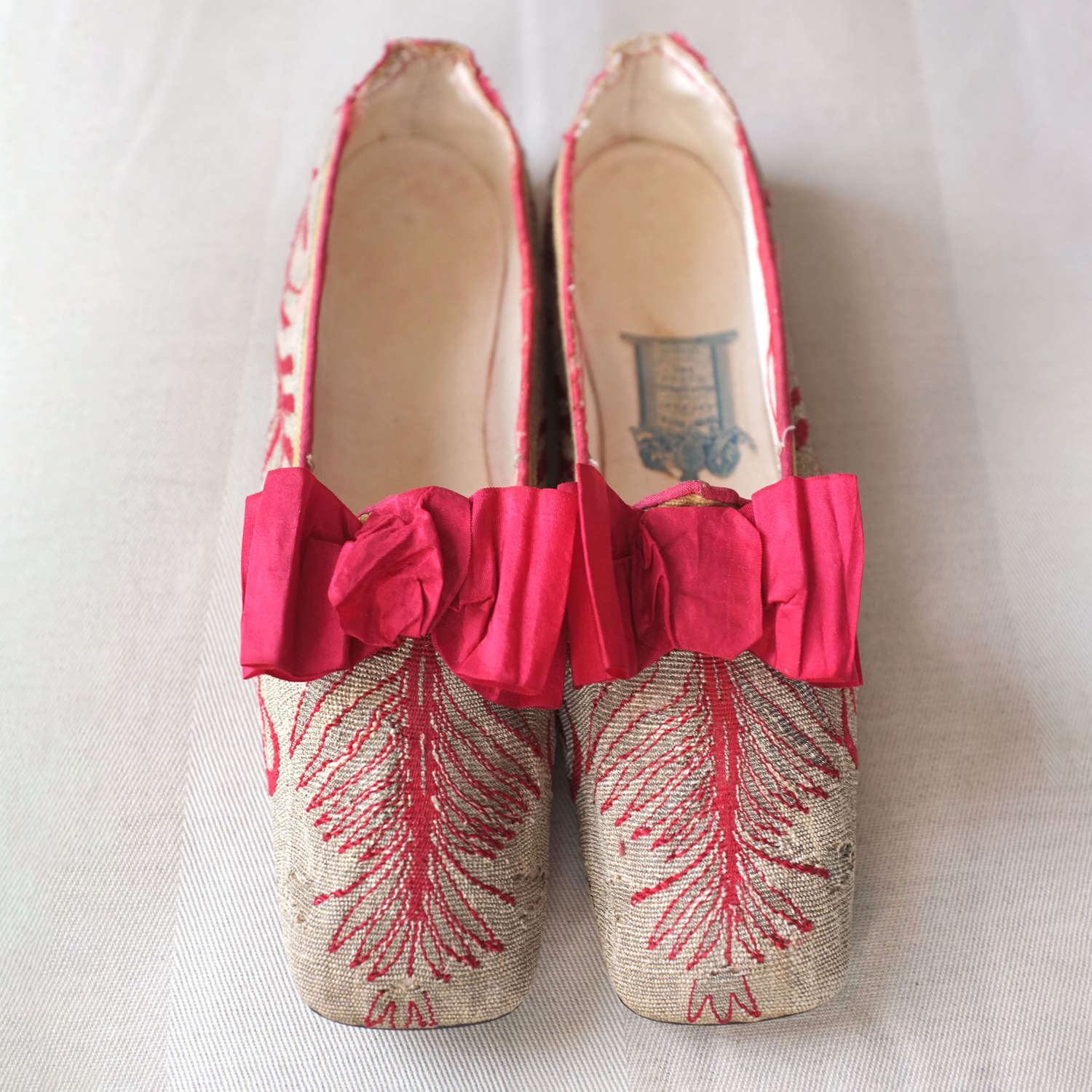 These are a pair of pink and buff kilim weave shoes with pink silk bows. Kilim weave was imported from Turkey and the Middle East in the 19th century and was a popular material for shoes. These have a label - Robert Box, Regent Street, London - in one shoe.

Robert Box was apprenticed to 'ladies shoemaker' James Sly in 1816 at the age of 15. When the business moved to Regent Street in 1824, he became James's right hand man, taking  over the business in 1832 when James retired. He gained a reputation for fine work, participating in international exhibitions and awarded Royal Warrants. The business was transferred to Robert's son in 1862 and from then on it was known as Joseph Box.  For further reading see 'Stepping Out. Three Centuries of Shoes' Louise Mitchell, Powerhouse Publishing, 2008.

There is wear to the silk binding, particularly at heels, but in general these are in good condition, the colours fresh and bright.

I have a second pair in a different colourway. 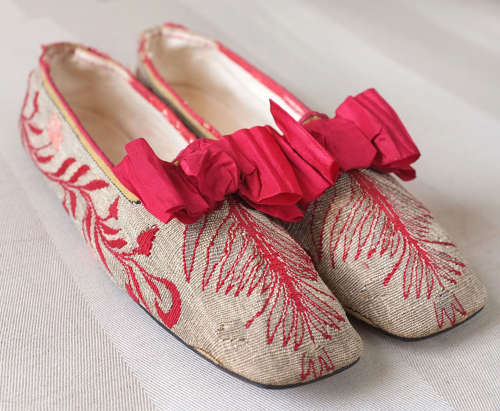 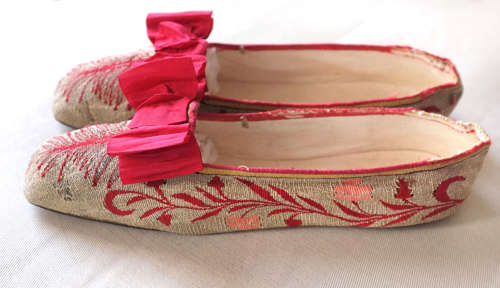 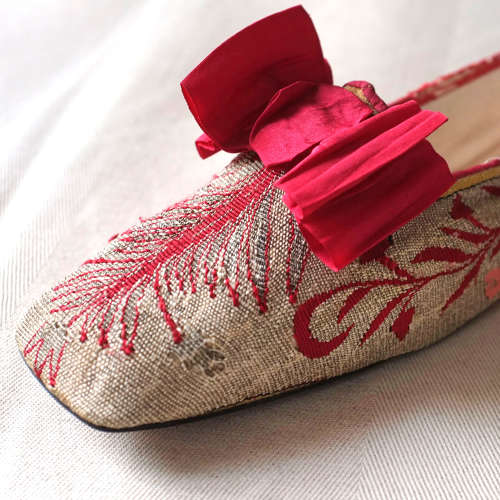 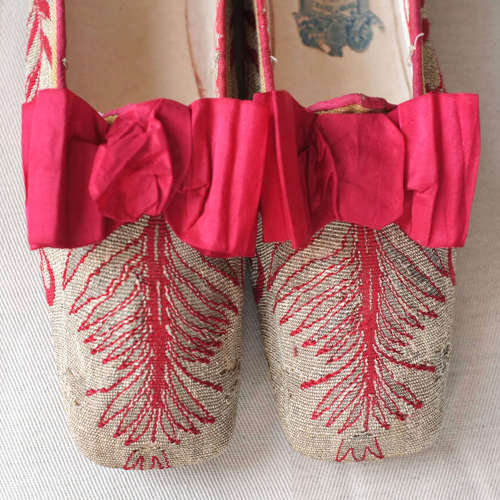 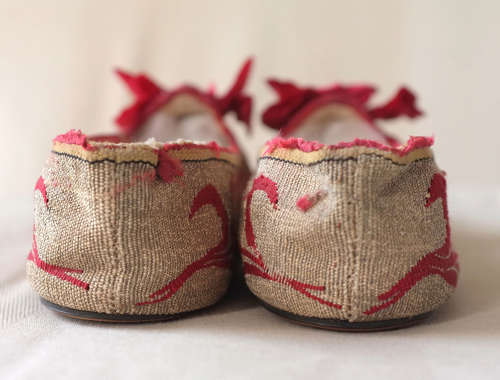 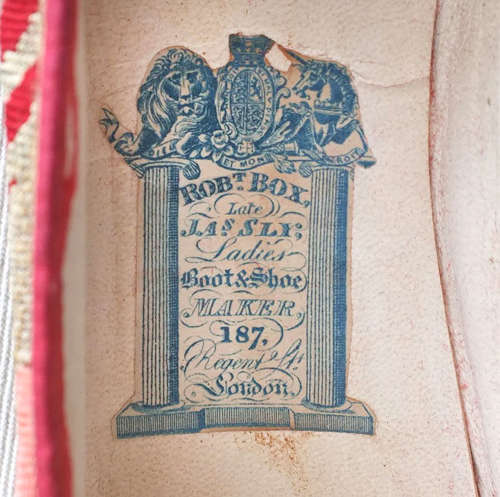 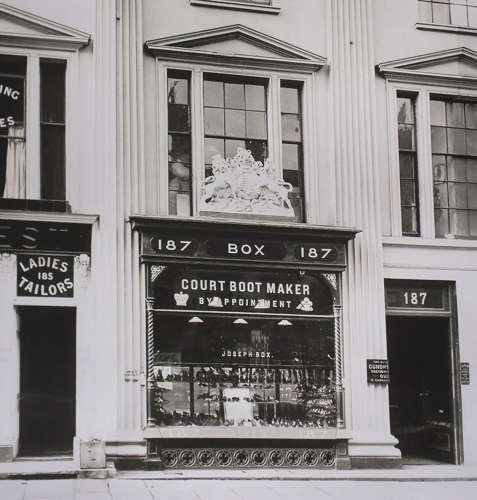