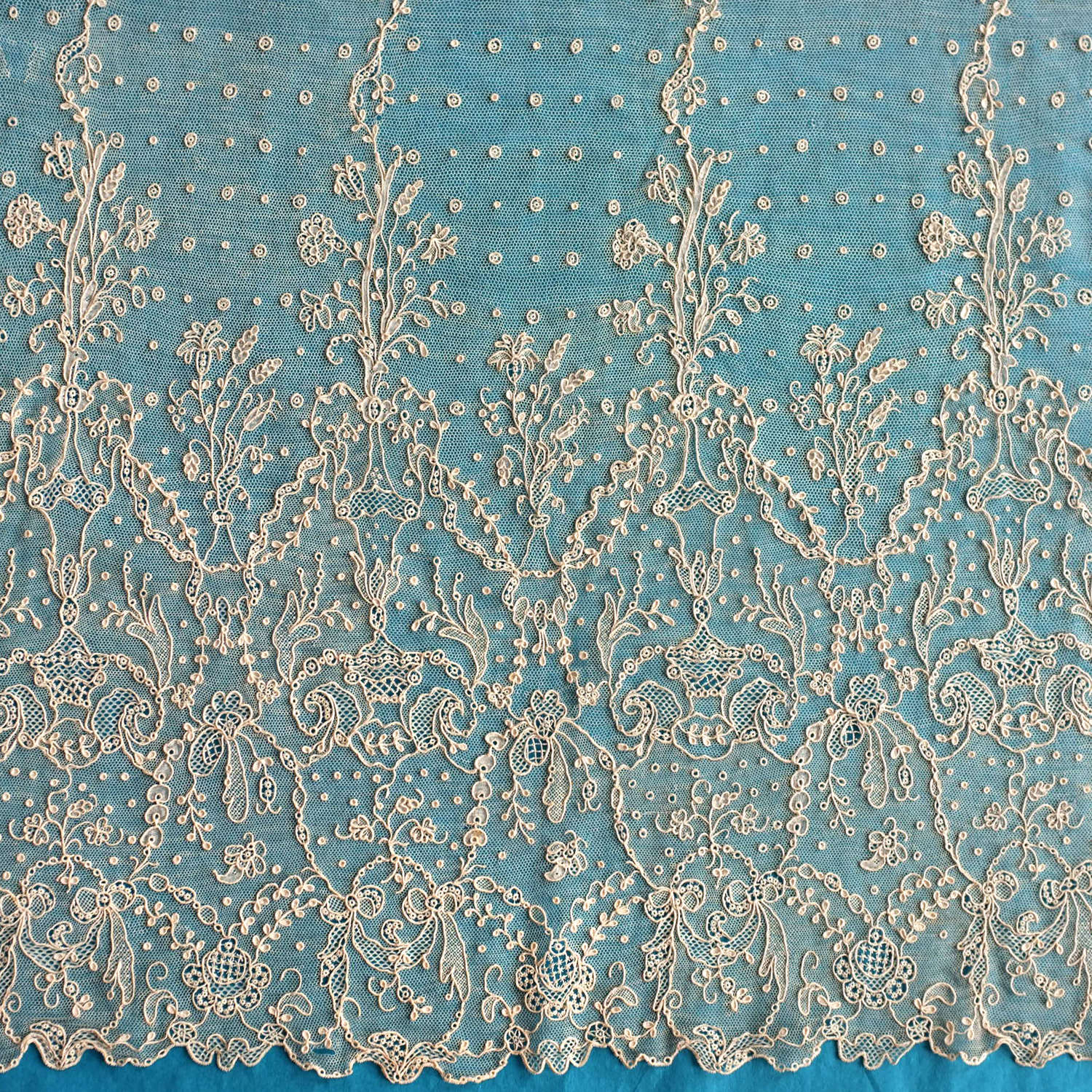 My feeling is that these two pieces were originally one piece (probably a skirt front or apron), later cut down the middle with the intention of making a rectangular shawl. They each have an original outer long edge, the inner edge for each is a neatly sewn later addition.

They have a dotted ground with vertical stripes ending in flower pots and urns. The lower border has small ribbon bows and butterflies. There are small flower posies with wheat ears dotted between the stripes.

Condition generally good for age but there are some small holes and age marks.

This came to me along with the Alencon shawl previously listed; both had originally belonged to the Countess of Crewe. There is a 19th Century sepia photograph of the lace included. 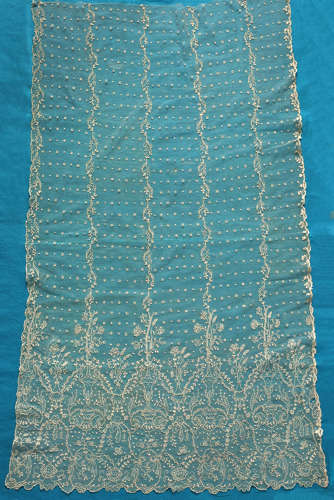 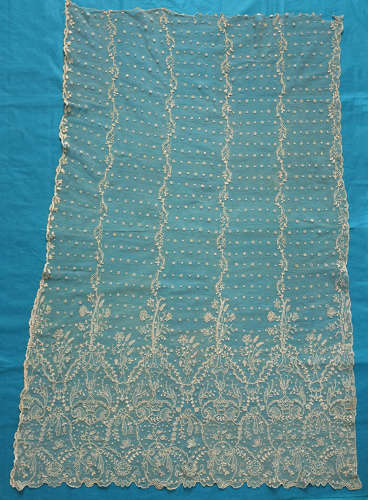 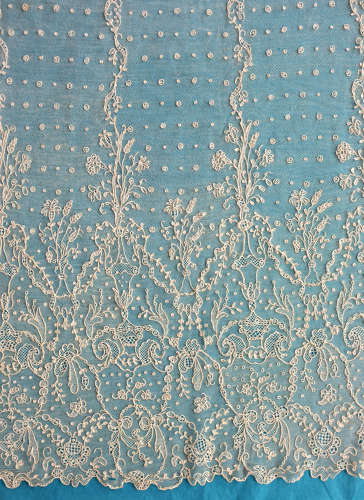 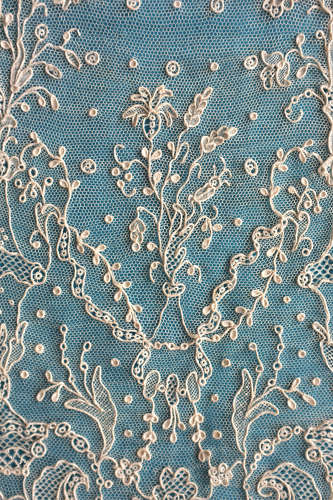 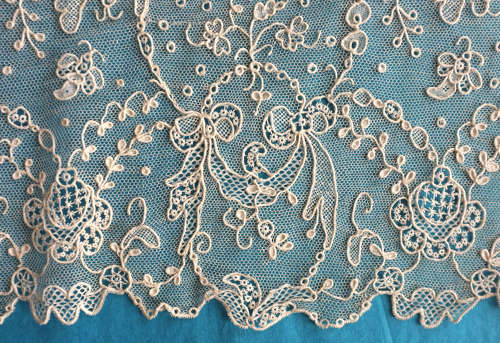 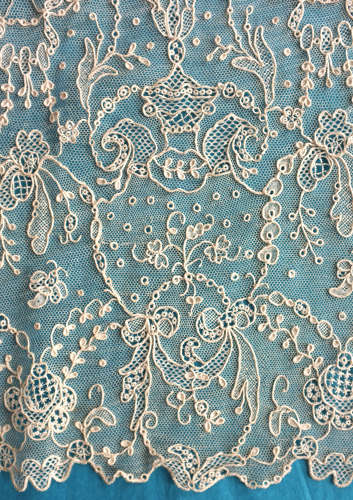 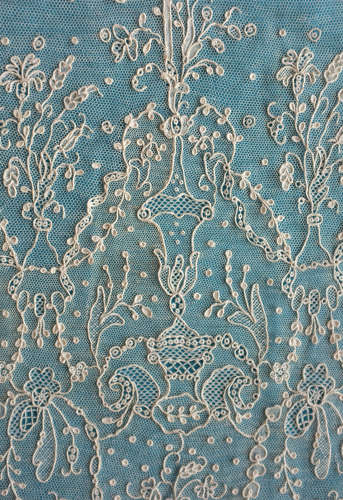 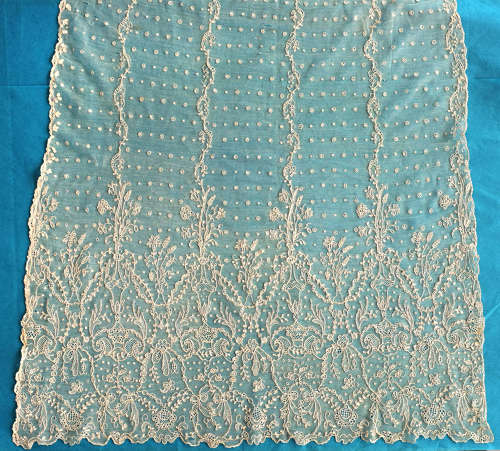 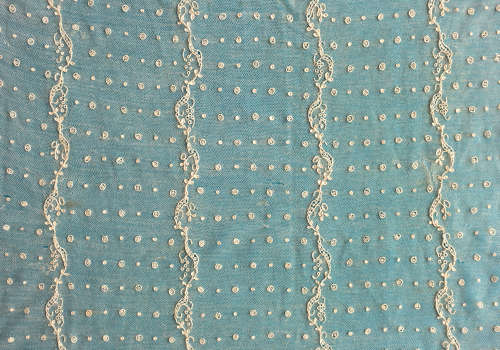