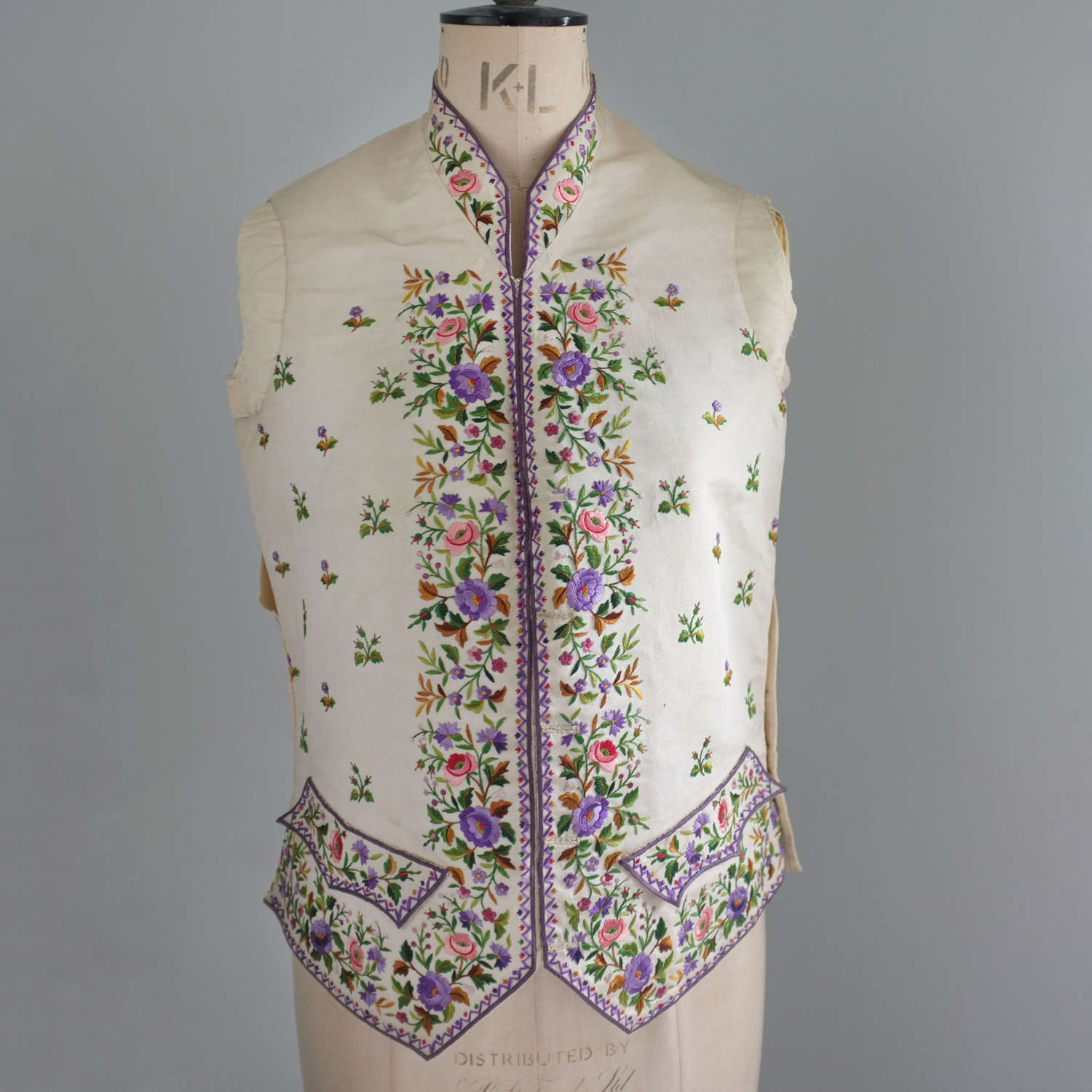 This is an embroidered gentleman's silk waistcoat in 18th Century style but dating from the mid 19th Century. Very vibrant floral embroidery in shades of pink, purple and green.

18th century style waistcoats were still worn for formal court dress up to the end of the 19th century.

This has been altered, probably sometime in the late 19th century. The front opening has been hand sewn together and the buttons removed. There are now shoulder and side openings, fastening with hooks and loops.  The alteration was not completed - raw edged lining shows through the armholes. The front has been skilfully shaped to accommodate a less than svelte figure!

The waistcoat front is fresh, clean and bright. There is one small mark but apart from this no signs of wear and it feels little used. The outer layer of silk on the waistcoat back is slightly marked with small split at side opening (can be seen in full length photo). Overall a very decorative example. 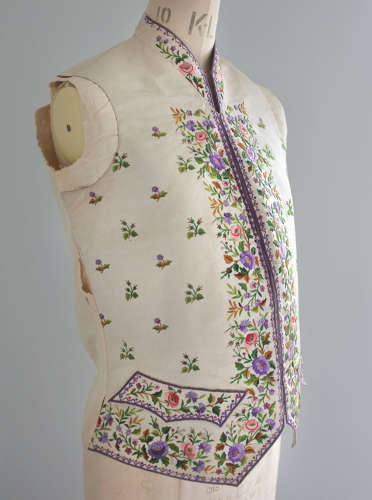 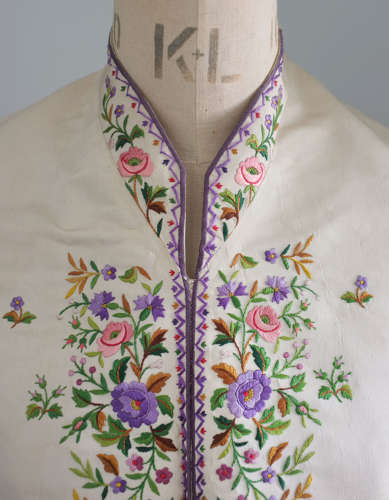 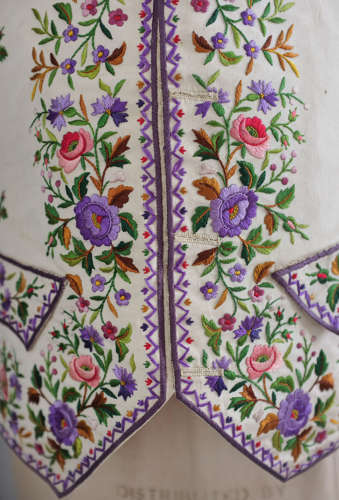 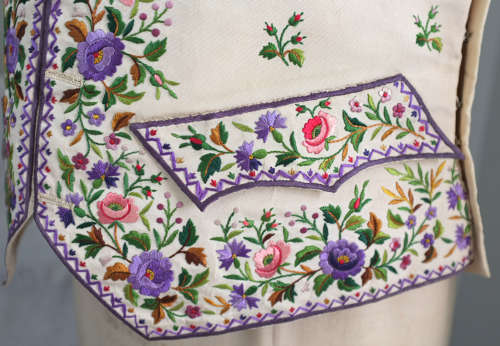 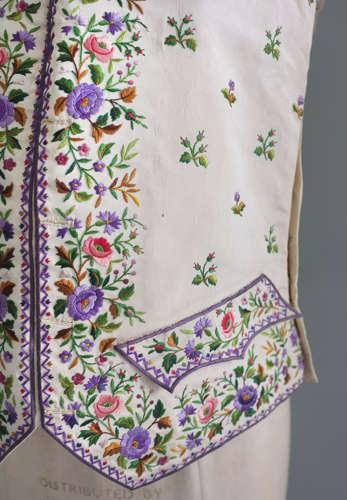 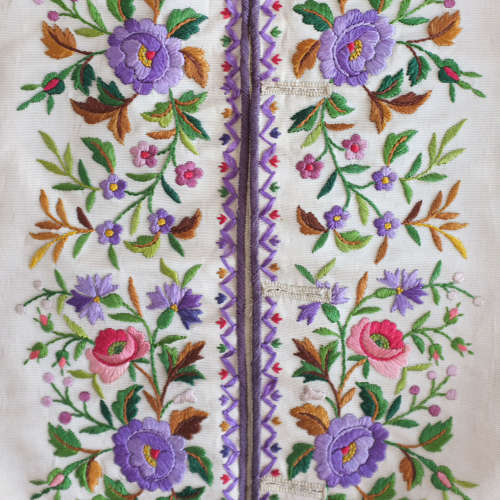 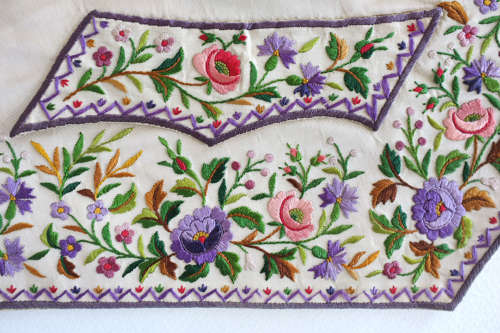 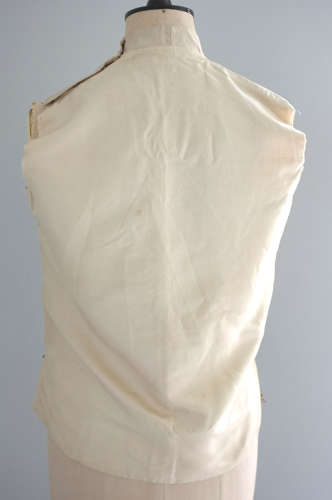 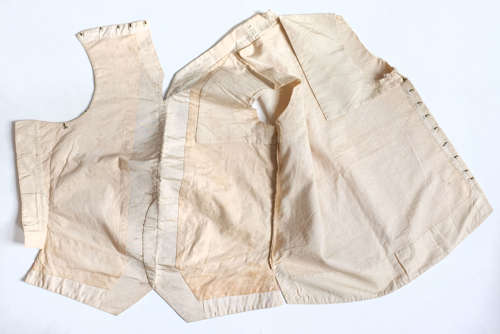